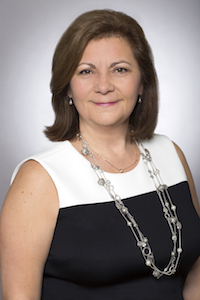 Ms. Bellouny has served on the Legislative and Law Committees of the New York State Land Title Association and as chairperson of the Forms Committee of the Title Insurance Rate Service Association, Inc.

She received her Juris Doctor from Brooklyn Law School.